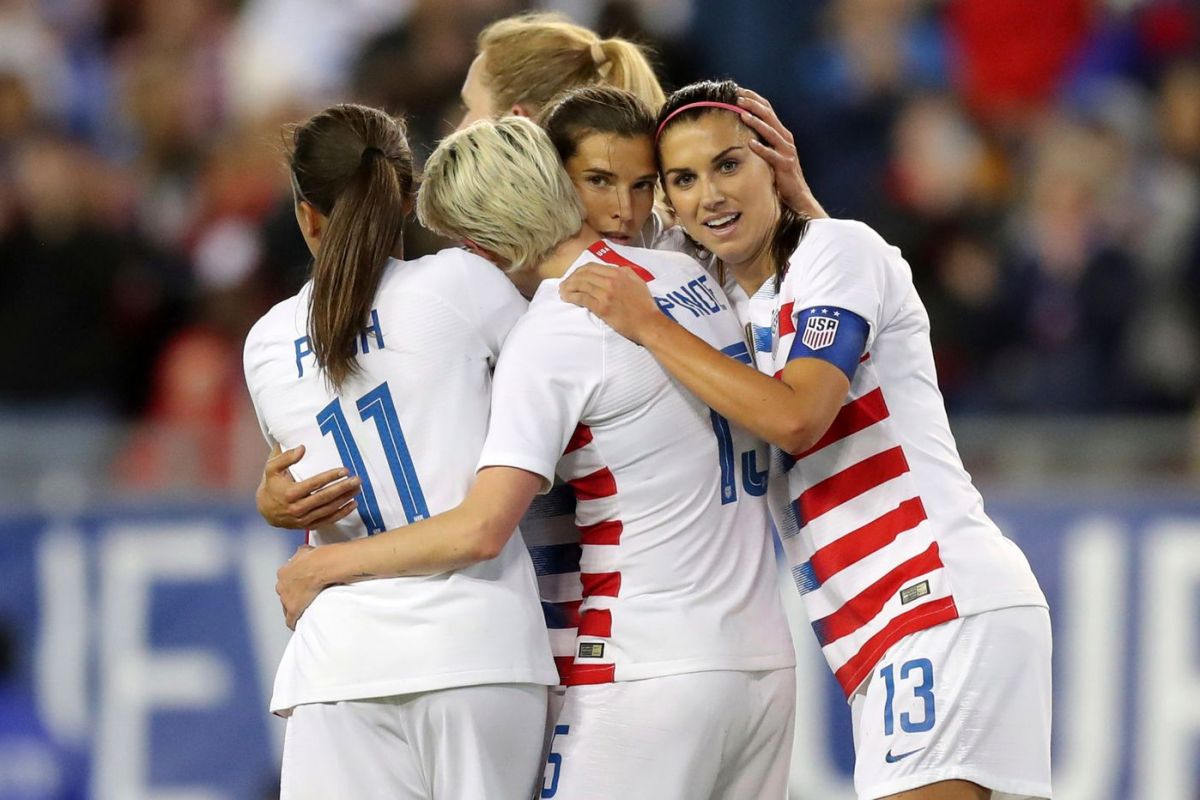 This year’s Women’s World Cup is believed to be the deepest field in the history of the tournament. Nearly half of the 24-team field will begin the tournament on Friday feeling like they have a legitimate chance to win. Let’s break down some of the tournament’s top contenders and their odds to be crowned world champions.

The Americans are reigning World Cup champions and the betting favorites to keep their crown. Offensively, they have an embarrassment of riches, as Carli Lloyd, the hero at the 2015 World Cup, will likely be coming off the bench. However, there are questions about their back four and goalie, as they won’t have Hope Solo to give them a distinct advantage over every other team between the goal posts. In the end, the American team may have to rely on their attack to outscore opponents because they may not be able to keep a clean sheet against the top teams in the tournament. A possible quarterfinal against host France also looms as a potential stumbling block.

Speaking of the French, they may be the most talented team in the tournament outside of the U.S. They will also be playing the tournament on home soil, which can help but also add to the pressure they feel, especially later in the tournament. Stars like Amandine Henry and Eugénie Le Sommer appear poised to carry France a long way, and confidence shouldn’t be an issue after they dismantled the U.S. on home soil earlier this year. However, the French lost to a less-talented Germany team in a virtual home game in the quarterfinals four years ago and have never finished better than fourth at a World Cup. In short, they’ve never been able to put it together but now is their chance.

The Germans have been a little overlooked heading into this tournament after failing to win the Euros in 2017. But the Germans did win Olympic gold in 2016 and boasts an impressive array of attacking players from proven goal scorers in Alexandra Popp and Dzsenifer Marozsan to youngsters Svenja Huth and Lea Schuller. With plenty of experience, goal scoring ability, and a little chip on their shoulder, the Germans are a team that can go deep in the tournament.

England made waves at the last World Cup and they’ll be hungry for more this time around. The team’s depth and self-confidence have both grown exponentially over the last four years. After winning the SheBelieves Cup earlier this year, they won’t be intimidated to face anybody and they shouldn’t be overlooked.

The Netherlands may be the perfect dark horse in this tournament. They may have grown more than any other team in women’s soccer over the past four years, the evidence for which is in their 2017 win at the Euros. The attacking trio of Lieke Martens, Vivianne Miedema, and Shanice van de Sanden isn’t quite at the same level of the U.S., but that group will be a lot of pressure on opposing teams. However, the Dutch need to show the consistency from one game to the next that the other contenders have already proven capable of doing at major tournaments.

People tend to forget Sweden, but after knocking out the U.S. at the last Olympics, they shouldn’t be overlooked. Scoring goals could be an issue, as they don’t have as many proven scorers as the other top contenders. The Swedes also don’t have elite talent overall. But they’re an organized team that will embrace an underdog role, which could make them dangerous, as it did at the Olympics.

The Matildas are another team that’s being tragically overlooked. Sam Kerr is easily one of the best players in the world. She’s good enough to carry Australia on her back a long way if she can break her World Cup scoring drought. The draw didn’t do Australia many favors, but if they can win their group, things will set up well for them in the knockout stage.

Few teams outside the U.S. are as frightening to face as Brazil. The issue for the South American side this time around is their advanced age. Star attacker Marta is 33 and midfielder Formiga is 41 as she prepares for her seventh World Cup. Obviously, they’ll need their younger players to contribute, but with that age comes vast experience and the urgency to win the nation’s first ever women’s World Cup.

The core that made Canada proud hosts in 2015 is back and ready to build off of what they accomplished four years ago. Christine Sinclair is 36 but still a feared goal scorer. Fortunately, she has plenty of help, including 21-year-old Jessie Fleming, who is already a star with 60 caps under her belt, as well as veterans Sophie Schmidt and Desiree Scott, who were a big part of the team’s success in 2015. If they can finish atop a tough but winnable Group E that includes New Zealand and the Netherlands, the Canadians could be a serious semi-final contender.

If you are betting on the Women’s World Cup, make sure you make your bets ahead of time. If you are looking for a pay per head site for your World Cup bets, check out http://www.A1PPH.com

Learn more about Pay Per Head:

A1PPH Highlights Your Strengths and Transforms Your Weakness in Bookmaking

Buffer Zone Establishment for Your Clients

Enduring Qualities of Bookies and Pay Per Heads