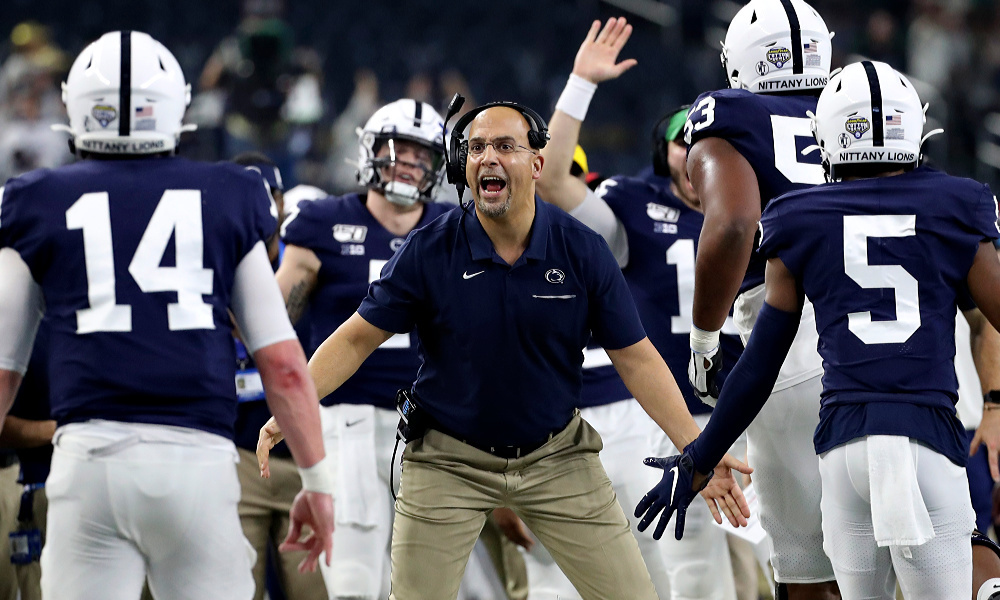 Every August I present a list of CFB teams who have underperformed in the previous season and are expected to BOUNCE BACK BIG in the current campaign. In the past, these teams have had an extraordinary history of success both SU and ATS.

None of the perennial Top 10 teams has taken a more precipitous dip than these Seminoles. After 42 consecutive winning seasons, Florida State has been on the losing side of the ledger 3 years. The first two were under Willie Taggart (11-14 SU, 8-14 ATS) who returned from Oregon claiming this was his dream job. It turned out to be a nightmare. Last year, Mike Norvell, the highly successful Memphis mentor, including 12-2 SU in 2019, was brought in to clean up the mess. But it all “broke bad”. The ‘Noles dipped to 3-6 SU, being outscore 36-26 including the month of November when they lost by 32 to Louisville, 24 to Pitt, and 16 to NC State.
This season, I am expecting big things from FSU on both sides of the ball. They got a major transfer in QB McKenzie Milton who was cleared to play after a brutal right knee injury resulted in months in a wheel chair and on crutches.
Expect improvement in the defense as well as DC Fuller, who has now been with Norvell for 3 years, has plenty of talent with which to work. Their season opener vs. Notre Dame will likely tell you all you need to know.

After winning the National Title in 2019, it was easy to predict the Tigers fall from grace to 5-5 SU, 6-4 ATS last year when they returned just 8 starters and had numerous star players opt for the NFL. Forced to play a number of young players who gained instant experience, now returning 17 starters, this team will join the many who expect the Tigers to BOUNCE BACK BIG in 2021. Much may depend on how well these Cats assimilate the new ways of OC Peetz and new DC Jones, each of whom has outstanding credentials.
With plenty of talent and depth, this team will be tough to beat. When they come as underdog be sure to note the success of HC ED Orgeron who has a lifetime record of 25-14 ATS in that role including 9-0 ATS in his 4 years at LSU as road dog.

Much like our opinion on LSU, we will put the Nittany Lions on our Bounce Back list. Now his 8th year HC Franklin grew tighter each week, the Lions slipped to 0-5 SU, ATS including a loss (by 16 points) as 27 point home chalk to Maryland. It seems to be said Franklin is a great recruiter but can’t coach his way out of a wet paper bag.
Maybe one should have seen that coming when the Lions were 0-14 Net portal transfers last season. Maybe there is a further signal to be found in the fact 10 more players opted out at the close of 2020.

Nonetheless, credit must be given to Franklin and the Lions for finishing the year 4-0 SU, ATS even though it was against Michigan, Rutgers, Michigan State and Illinois ALL OF WHOM HAD LOSING RECORDS. The numbers certainly did not support the 4-5 SU, ATS record as they outgained their opponents, on average, 430-329 YPG. A -10 Net TO margin and some questionable officiating contributed to their downer year with with turnovers and poor clock management. With QB Clifford returning, a total of 16 returning starters and both coordinators enlisted, I must agree with the bounce back season. WE ARE!

1. CLEMSON – The best QB in the ACC is Tajh Boyd and HC Dabo Swinney will look to him and playmaker Sammy Watkins to lead this team to the ACC Championship. They have 6 starts back on both sides of the ball. But for this team to be elite, the defense under DC Brent Venables has to turn it up. We know the offense is explosive (41ppg LY), but we will find out early if these guys are for real. They open vs Georgia August 31st.

2. FLORIDA STATE – Seminoles have to replace 11 guys who were taken in the NFL draft. They lost their QB and nearly their entire front 7 on defense. They still have 7 starters back on offense, 4 OL, and they need that as they break in a freshman QB in Jameis Winston. I still think that Jimbo Fisher will get the best out of his defense. The schedule sets up nicely for FSU as they should be 6-0 before heading to Clemson on 10/19. Should they get a win there, and take care of their home field, they could be looking at a possible National Championship if they can beat Florida the last game of the year.

3. MARYLAND – Hopefully, this is a better year for HC Randy Edsall. His first year, it was like a moving truck backed up as he fired coordinators and players left in droves. Last year he lost his starting QB. Now he has the past 2 years starting QBs at his disposal. Only one way to go now is up. Like the rest of the teams here, they will battling for 3rd place. But I like the intangibles around this team to lead that pack.

4. BOSTON COLLEGE – New HC here as Steve Addazio leaves Temple to take over another struggling program. I have them here because they actually have 8 starters back on offense and defense. QB Chase Rettig will be working with another OC, 4 in 4 years, but with WR Alex Amidon back, he should improve on his 3K yards passing.

5. NC STATE – First year HC Dave Doeren takes over here. He did a nice job at Northern Illinois. They have some playmakers on offense, they just to need see if their QB can make some plays. Highly unlikely the make it bowling this season.

6. WAKE FOREST – HC Jim Grobe is back for his 13th year. He welcomes back 17 starters including a pretty good QB/WR combo. QB Tanner Price has his favorite target, WR Michale Campanaro back, plus a pair of RBs looking to improve from last year. The defense is solid up front and the secondary. Would not surprise me to see these guys jump to the #3 spot here if the offense improves.

7. SYRACUSE – Yet another first year HC in the ACC. Scott Shafer was the DC year, so he is unfamiliar with the talent. But it will be tough to replace QB Nassib and his 2 top WRs from last year. The run game will be solid with 1100+ yard rusher Jerome Smith back. That can ease some of the QB pressure. But I think it will be tough here in a new conference.

1. MIAMI HURRICANES – Al Golden should have a nice year. He has the most talent RB in the ACC in sophomore Duke Johnson. QB Stephen Morris has improved. With 10 returning starters on offense and 10 more on defense, this team is primed to step up. A win over Florida on September 7, and The U might start thinking National Championship run. To do that, the defense must get more pressure on the quarterback. They ranked 113th in sacks per game last year (1.08). That is why they end up giving up 45 to Duke! Improve that, and this team could be special.

2. VIRGINIA TECH – I like HC Frank Beamer. Especially the way last year played out. Now, I don’t think they will be able to go toe to toe with Alabama August 31st, but it is possible for these guys to run the table after that. They have 10 starters back on defense, plus their QB Logan Thomas. The other toughest game on the schedule is at Miami in November. That game will decide the ACC Coastal Title.

3. NORTH CAROLINA – NC has a talented offense and could be able to approach their 40ppg from LY. QB Bryn Renner has some NFL talent around him in WR Quinshad Davis and TE Eric Ebron to have some fun with. Scoring points won’t be a problem, but a leaky defense could be. They gave up nearly 33ppg to ACC foes last year. That number needs to be corrected if they want to take a big step here.

4. GEORGIA TECH – I can’t really move GT up any here. They lost 2/3 of their triple threat option from last year. They do return 7 starters on offense and 8 on defense. They bring in a new DC to help a unit that gave up almost 30ppg last year. Too many questions for me to have them higher.

5. PITTSBURGH – 2nd year with Paul Chryst at the helm and they enter a new conference. The good news is the defense should be solid with 9 starters back. No favors with their schedule as they face Florida State, Va Tech, ND and Miami. OL needs some work so it could get dicey, but they have a solid foundation for the first time in a while.

6. VIRGINIA – This team brings back 14 starters (7 each side of the ball) but they need to resolve their QB situation. They do have 8 home games so they have a shot at topping last years 4 wins. They open up at home vs BYU. An early upset could set a good tempo for the year.

7. DUKE – Uh, this is going to be a long season. They can’t wait until November and hoops to start. David Cutlcliffe was COY in the ACC last year. He has done a great job getting this program better. He has 4 OL starters back, 7 total on offense and 8 on defense. Duke has its top 6 RBs back. They will need to establish that run game because they lost QB Sean Renfree and WRs Conner Vernon and Desmond Scott. They high from last years bowl game will fade fast if they limp out of the gate. I don’t see them bowling this year.

Written by Sean Higgs for VegasTopDogs.com