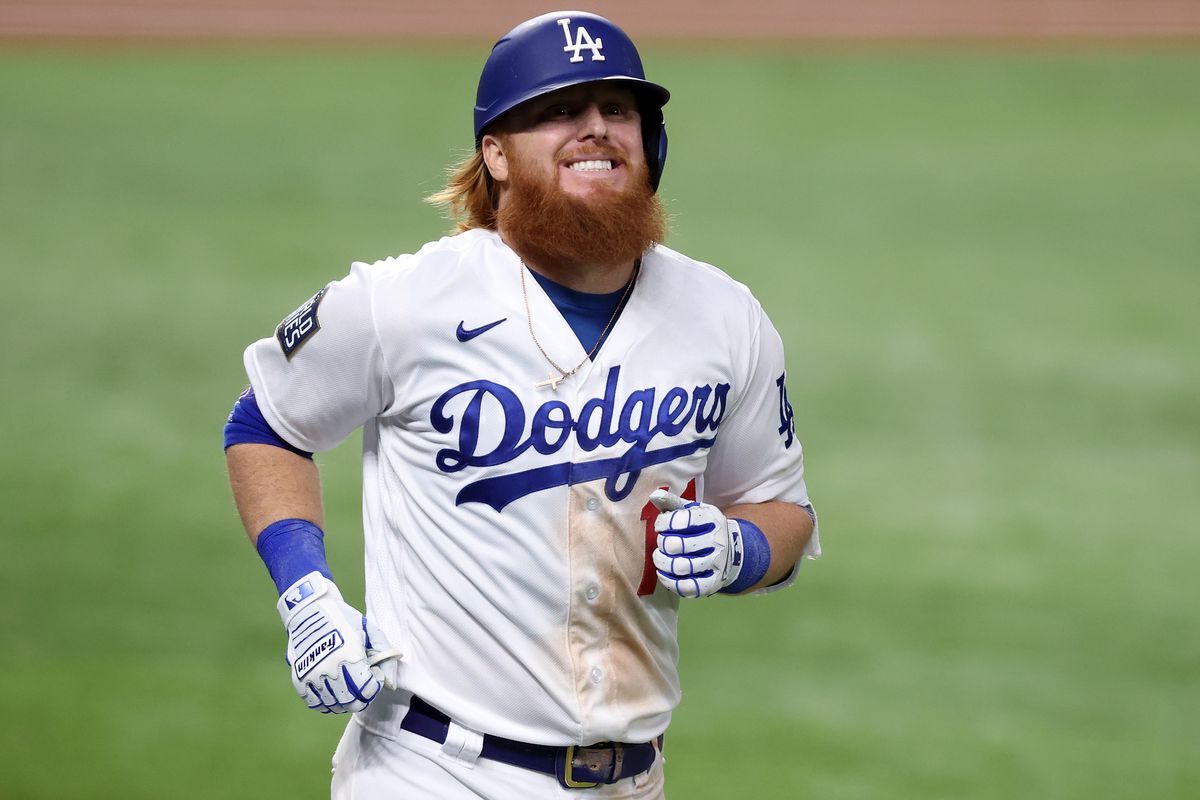 The Los Angeles Dodgers and the Cincinnati Reds are both playing well this season. The Dodgers are sitting in the 1st spot in the NL West  – and Cincinnati is sitting proudly in the top slot in the NL Central. Cincinnati has been a struggling team over the last handful of seasons – and the Dodgers have been a steady threat since 2015 – but this year has been different so far. Baseball is a numbers game – and every guy on the field is responsible for their own production as well as the team’s production as a unit.  Justin Turner and Nick Castellanos are both sitting as top hitters in the MLB this season so far.

In the 2021 baseball season – which of these players has been the bigger key for their teams early success?
Let’s take a look.

Justin Turner has been rock solid for Los Angeles since he put on cleats for them in 2014. His bat has been awesome and his power is underrated. He takes charge on the field and has been great getting well timed hits when needed. He hits when guys are in scoring position as well as anybody at .333 and can bring his guys in as shown with his 8 RBI. Turner has always been very patient on the plate – taking an average of 3.94 pitches per plate appearance – he has been on point as well with 3.91 this season.

Turner has hit over .300 in 5 seasons, and an average of 21 home runs since hitting age 30 and getting 365 or more at bats.
So he has had a career of being a good player, and has always been more than willing to send the ball deep to drive home guys – he is unselfish

The 36 year old vet has been key with getting hits – with a .293 career batting avg. He has been lights out this season with a hefty batting average – on pace for 120+ hits and 30 HRs – helping the Los Angeles Dodgers to a top notch record. He gets his job done on the field.

Castellanos has been red hot this season – he has been a solid player since entering the majors – but his 2021 start is looking more in tune as a HOf’er. His career best season was back in 2019 – when he hit .289 and had 27 dingers – this season so far, he is on his pace for 30+ HRs and 120+ runs and Cincinnati are in 1st place in the NL Central.

Castellanos didn’t come to Cincinnati with much spark when he arrived in 2020 – but so far in his second season – he has shown more than the expected magic that Cincinnati was hoping for when he was picked up with his 27 HRs and hitting .289 in 2019.

Nick has shown the uncanny ability to connect with the ball – he has hung 7 games with a hit or more as of 4.10.2021 – that is something that is definitely a positive. Castellanos also doesn’t hit into double plays very frequently – he makes teams earn their outs, as he has only hit into an average of 8 double plays over the last 5 seasons, so he doesnt help defenses out.

The Reds were only 31-29 last year – this year they are playing high octane offense and have been wrecking teams. If Cincinnati can get into the playoffs again this year playing like they have been – it could be fun. Castellanos played down last year – and the Reds were not a good team – this year, he is playing top notch baseball and sharp – and the Reds are looking very good and competitive so far.

It’s a long season, but Castellanos has been excellent for Cincinnati so far. It is obviously too early to say who will be the biggest key for their team – but as of now, at the very early stage of the year – it’s hard to not say Nick Castellanos. The season will determine which team is better in the end but anyone who doesn’t see Castellanos as a highly competitive and excellent reason for the Reds success is just blind.