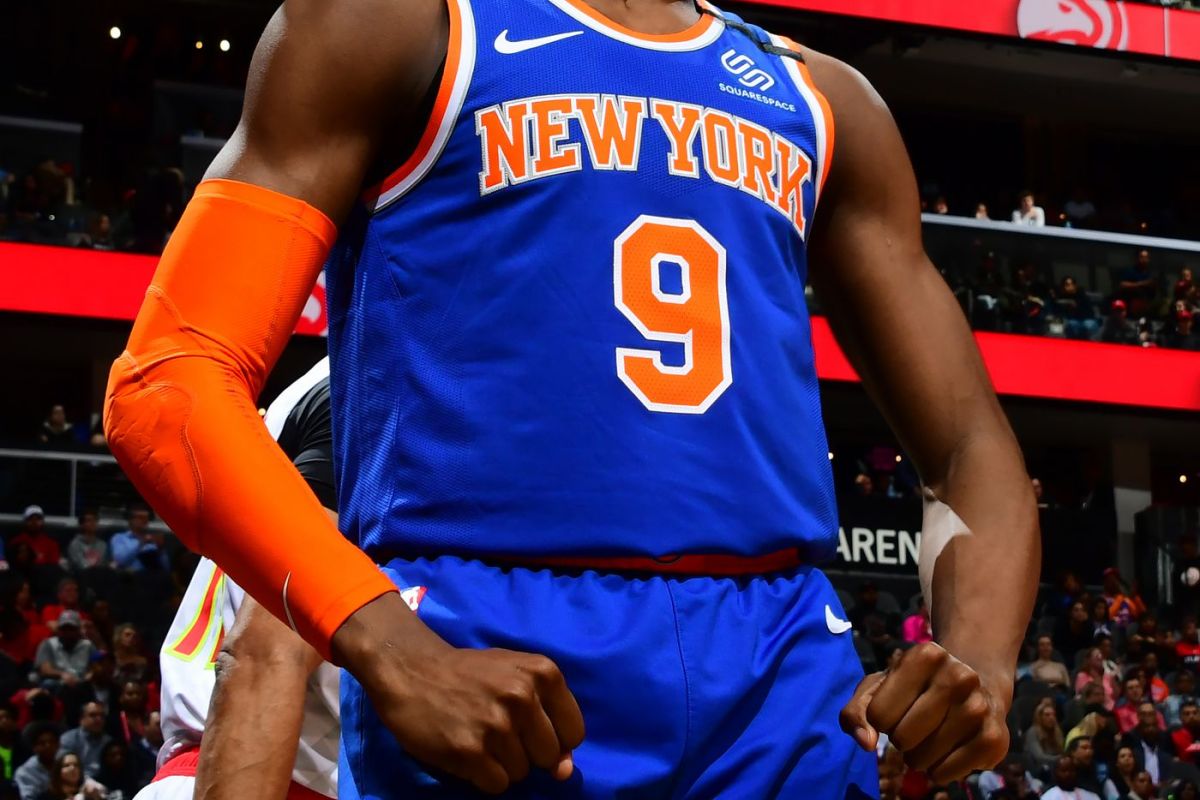 RJ Barrett came into the NBA in 2019 with a burden on his shoulders – the huge burden that he must carry the New York Knicks to the playoffs – for a team with a heralded and proud history, but just 1 appearance in the last 8 seasons. The former Duke standout has some great physical gifts, but needs to adjust his game. When he started his career, in 2019, he was smartly protected from having extensive scoring duties by the presence of 30 year old Marcus Morris doing most of the scoring the ball duties for the team. And I understand that, let the vet lead the team, until they feel he can handle more responsibility.
And here we are.
But, some other players that were drafted in 2019, Zion Williamson, Coby White, and Ja Morant are looking miles ahead as far as being stars and taking the team as theirs. When coming from Duke, I think some thought his game was refined enough to be the guy for New York.

So here we are – almost 70 games into his career, the Knicks have one of the younger players in the NBA, and his game is coming along at a slower pace. This season, Barrett averages 17ppg on 38% shooting, 7 rebounds, and 3 dimes /game which are all better than his rookie numbers. If he stays the course he may pan out to be a very important player for them. The 6-6 SG’s best attribute is his agility and how he can get to the rim – he has a sense of waiting to strike, with a strong take to the cup. But, he seems to struggle with a jump shot – some games he looks awesome, like when he dropped 26 pts on 11-15 shooting, 8 boards and 5 assists vs Indiana. Then there are other games where he registered 9 pts, shooting 4-14. So what is he really bringing to the table for the New York Knicks?

Barrett has to improve his shooting, bottom line – as well as being more aggressive on the offense side of things, and looking to be the man.
He has several areas to improve upon, as he is only shooting 21% from deep this season, and his defense has lacked strength. The 20 year old has to become a more aggressive scorer – taking shots that he thinks are the right vs taking good shots isn’t going to take him to the nxt level.
RJ needs to really start tapping into new abilities for the New York Knicks – if he can get around 23ppg, 7-8 rpg, and shoot 45% – I think that would appease the masses.

RJ Barrett is still just scratching the surface of what he can be, his ability to hit the glass brings great promise from the 20 year old. He’s good – but I question, if he will ever be in the Zion Williamson, or Ja Morant category. He needs to step up into the leader role and become the guy the team trusts, he’s not that yet – Morant and Williamson have those kinds of games seemingly every other game. He seems to lack the ability to take over a game, if the 3rd overall draft pick from 2019 is not the guy to take over – many will question. The lack of an offensive identity for New York Knicks has kept them down for many years, but they have looked pretty tough this season so far, we will see if they can keep it up.

Yes, we should expect more from RJ Barrett.
A guy who was heralded as a top notch shooting guard – and isn’t able to shoot the ball is a disappointment for me, and it should be, as well, for the fans of the New York Knicks.