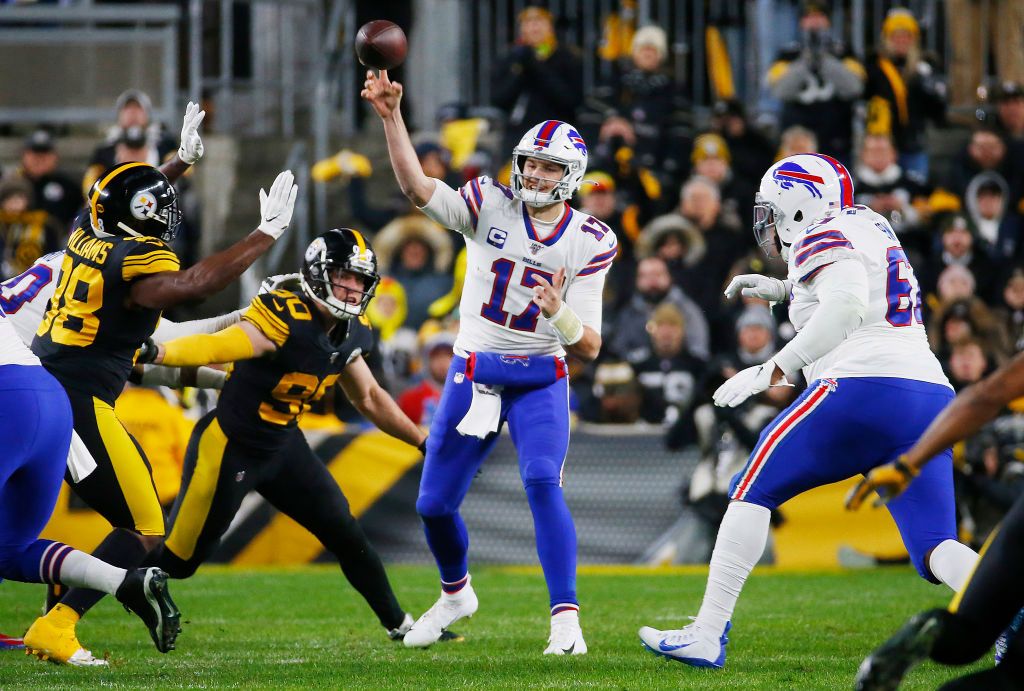 The 24 year old QB Josh Allen has heard some stiff criticism from many – he was the 7th overall pick in 2018 and nailed his spot as the starting QB and winning 5 games in his rookie year.  He heard that he wasn’t accurate; he was too wild when throwing the ball. His style on the field isn’t common but that doesn’t make him any less a QB when slinging the ball. That struggling rookie 2018 season is a long ago memory – faded away like the VCR from the 80’s. The Bills have struggled to be a strong offense in the league for many seasons  but now they are now sitting at 8th in the NFL hanging 27.8ppg. This is based on the heart of Allen and his dedication to becoming better as a passer. The question of his viability as a QB was verging on being looked at as a terrible crisis for the team that made a crummy choice at the 7th spot.

Allen took over a Buffalo Bills team that was substandard and had been a bottom feeding to middling team since the 90’s – in terms of having poor offense, and their many times over sub .500 records. Keep in mind, Buffalo hasn’t had a great team for many years. The 6-5 gunslinger is now surrounded by a solid roster, with 5yr vet Stefon Diggs – sneaky underappreciated WR Cole Beasley coming into his own, opposite power runner Zack Moss and 23 year old RB Devin Singletary giving the Buffalo Bills a punishing 1-2 punch, with some good route running WRs and some young tenacious RBs.

The Bills see encouraging and bigtime signs with Josh Allen – and Buffalo’s offense can finally keep pace with its defense. Through 2020 – the 3rd year QB has been wonderful this season, pumping out 26 passing TDs, 6 rushing TDs, and completing almost 70% of his passes. From early on – he knew he had stuff to work on, and that’s exactly what he has done, and it shows – going from a 52% passer to 69%. The best part about QB Allen right now is the confidence he has been showing – even after an interception, where it can turn into a long day for many QBs – he shakes it off and pulls it together. He bounces back with revenge in his eyes and unbordered vigor – he doesn’t blink and keeps pushing forward. The former Wyoming QB is doing a magnificent job, picking up huge wins against Seattle and the LA Rams and playing in the AFC East division – with the reigning 20+ year dominance of the New England Patriots looking like they are finally done after so many years in charge.
It is a perfect storm and winning combination for him.
Josh Allen led the low scoring 10-6 Buffalo Bills to the playoffs in 2019 – and will likely do it again this year, this time with much more skill and a team that can really hang points on the scoreboard. I’m not saying he’s the perfect QB – but he is the perfect guy to lead this Bills team.