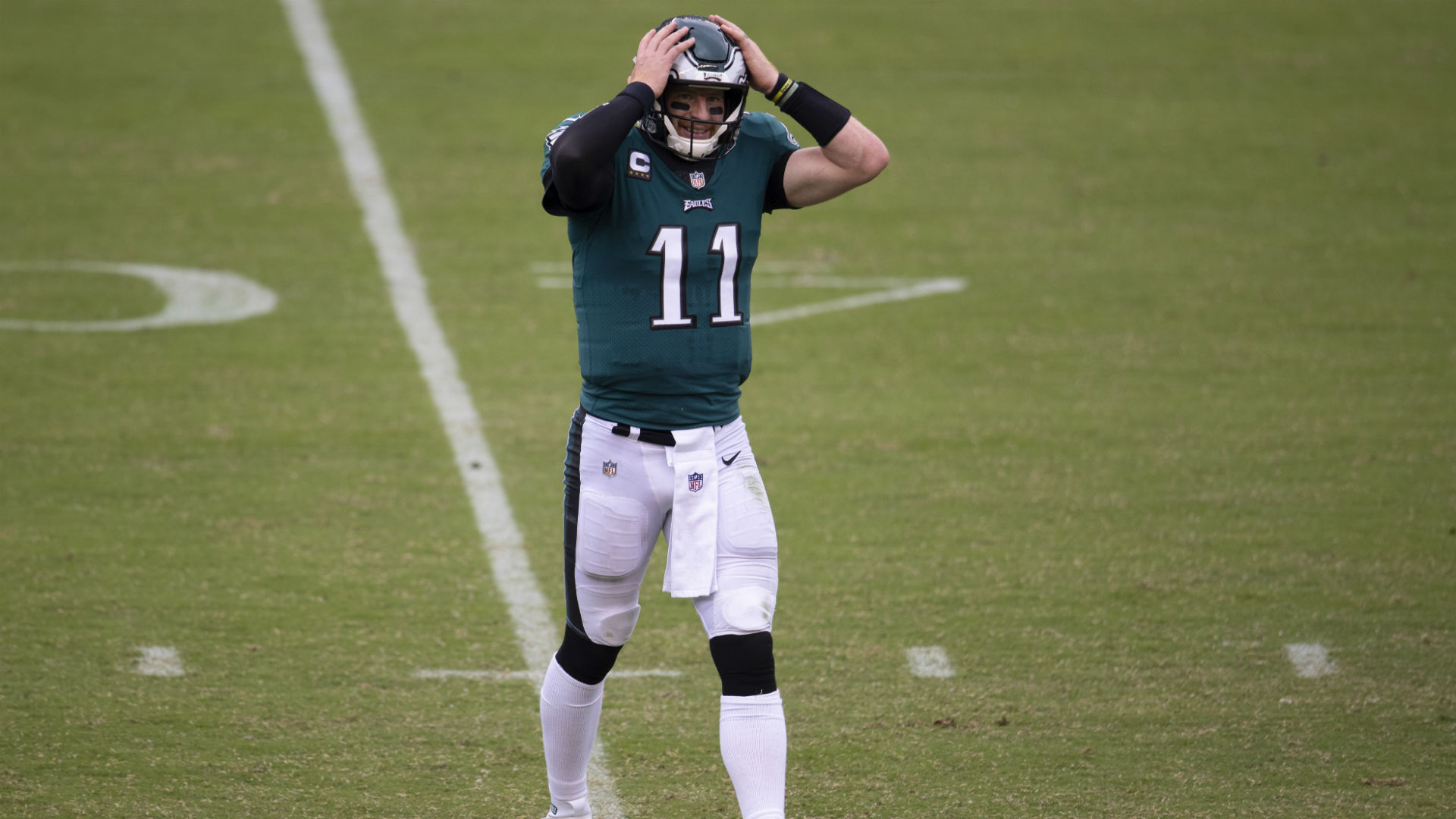 Wentz has to be a better QB, instead of fluctuating from adequate to terrible, from game to game – unfortunately, for Philly – he has not been able to put the Eagles in position to be successful on the field. And not just based off of his league leading 15 ints or his 10 fumbles either. He has had 7 games with just 235 or less YDs, and then only 2 games of 270 or more, 7 games of 2+ passing TDs and then 6 games with 2+ ints.

Wentz is the glaring blemish that nobody can avoid addressing.  There have been other problems with the Eagles – but it all comes circling back to Carson. He was great back in 2017 – and everyone was saying he was going to be the “next big thing” – 3 years later, we are all still waiting to see what is “the next big thing” we are waiting to see. Carson Wentz has failed to recapture his 2017 form – when he threw for 33 TDs, a league best 7.5% TD pct, and just 7 picks. And with his own disintegration – the offense then of course, tumbles through a similar deterioration

“Wentzylvania” has been overthrowing his WRs when going downfield on deep passes – he will get some good air under the ball on a couple of nice passes then seems to revert back to again. He just doesn’t play with the same style throughout the game. He also tends to get too focused on his TEs. Don’t get me wrong, Zach Ertz and Dallas Goedert are great targets – but when their top 2 WR targets are only getting around 85 receiving yards /game between the 2 of them – that could be a problem. It seems he is afraid to throw down field or outside of the hash marks. We can question if it is the WRs fault for not getting open – or is on their QB with not being comfortable slinging the ball. Anyway you slice it – not throwing the ball down field to keep safeties on their toes, will always make things easier for defenses to game-plan for.

He has been sacked 46 times this season, putting him at tops in the league, as Wentz seems to struggle with recognizing a pass rush.  It appears at times, he doesn’t know how to get out of the pocket, or when to ditch and move. He needs to simply take off straight up the middle of the field more, instead of holding the ball – he looks like he lost the confidence in his mobility he had several years ago. He has to get quicker in decision making. Better game plans, including better protection will help create a better QB – there is no inbetween – so much has been bad.

Personally, wth Miles Sanders at RB, I think Philly should go in the direction of a running team, 1st and foremost – using play action with the 6-5 QB as their primary scheme. As a secondary offensive option – Carson Wentz could be a better QB for Philly. Otherwise, the turnover prone and poor play of the 27 year old slinger is tired and is exhausting for Philly fans.

The Eagles cannot get better by just watching the team collapse – when the same poor QB play just keeps rearing its ugly head. The top quality play that he once brought is just no longer there – so either make a move at QB or get a better surrounding game plan for your middling QB. Make a decision – because this isn’t working.