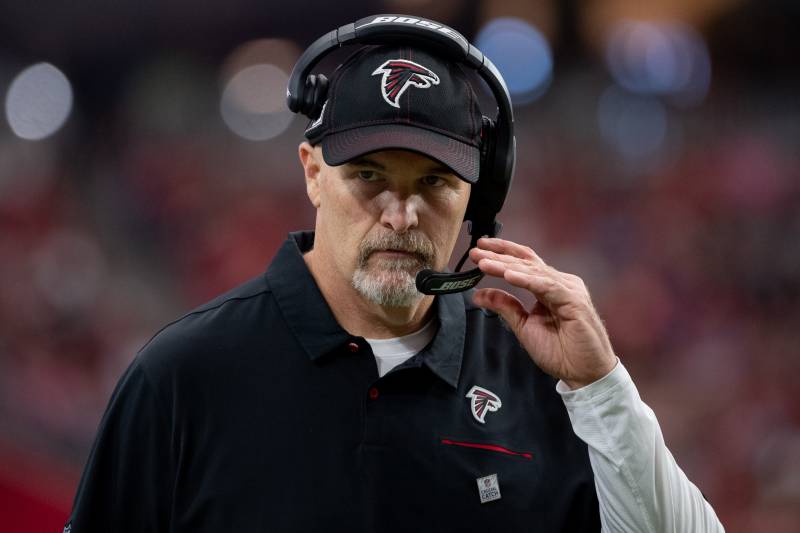 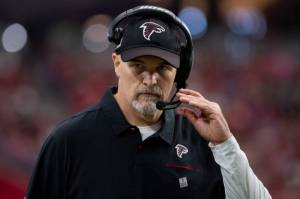 The NFL is unique in so many ways and the leash that is afforded coaches is unlike any we see in most of the other professional or even college ranks. Basketball coaches typically receive three seasons (or at least two) to get things back in place unless the results are brutal. Major League Baseball is usually at least two. The NFL is an entirely different animal though as we have seen in recent years with the examples being one and dones Steve Wilks in Arizona and Jim Tomzula in San Francisco. Hell, the Chargers fired Marty Schottenheimer in 2006 after he went 14-2.

Today, I want to take a look at the top five NFL coaches who are feeling the heat this season from most likely to be “relieved” of their duties to the least likely.

You want to talk about toeing the line, Quinn might be standing on it. The Falcons have a very good quarterback and have surrounded him with weapons in recent seasons but it is always something. They either turn the ball over in the RedZone or don’t get the ball to Julio Jones enough. On the defensive side of the ball they seem to rarely ever stop anyone and this season they let Vic Beasley walk. The Falcons are now three seasons removed from the greatest Super Bowl collapse in history and two seasons removed from their last playoff appearance. Owner Arthur Blank is not going to want to waste his window with Ryan/Gurley/Jones/Ridley for more than one more season.

Being from New England, I know a lot of Giants fans and they aren’t happy. Shurmur is 9-23 in two seasons with the Giants and is riding superstar Saquon Barkley into the ground. After the disaster that was the Ben McAdoo era, you have to think that the Giants are ready to make a splash and Shurmur cannot lean on his resume’ for any more leash as his career record coaching record is 19-46.

This one is probably not fair but life isn’t fair and it’s even less fair in the NFL. The one saving grace here is that the Bengals have not been typically quick on the trigger historically. Only Sam Wyche, their first coach, received two seasons or fewer but if the Bengals go 2-14 or 3-13 this season, Taylor is going to be sweating.

The once-promising window for the Jaguars has been slammed shut over the last two seasons and a 11-21 record leading to two last-place division finishes. This offseason, the organization has shaken up its coaching staff, front office, and scouting department. They have also moved on from Nick Foles to Gardner Minshew and parted with Calais Campbell in the offseason after trading Jalen Ramsey during the season. The winds of change are blowing in Jacksonville and Doug Marrone might swept away if the Jags aren’t able to find a rhythm that led to a first place finish in 2017.

If you have been reading any of my preseason wagers and projections you already know, I am not an Anthony Lynn fan. If you have watched Chargers games in recent seasons you already know, every game is an adventure with at least one “what the?” call coming from the Chargers sideline and Phillip Rivers absolutely losing his mind about something. Well, Rivers and his Hall of Fame career are now gone and it could get ugly in a hurry. My guess is that unless this team signs Cam Newton or Jameis Winston as a stop-gap, they are going to be one of the three worst in the NFL and Lynn will be gone.

If you are betting on which NFL Coach loses his job first; head to RealBookies.com; our favorite pay per head bookie site!