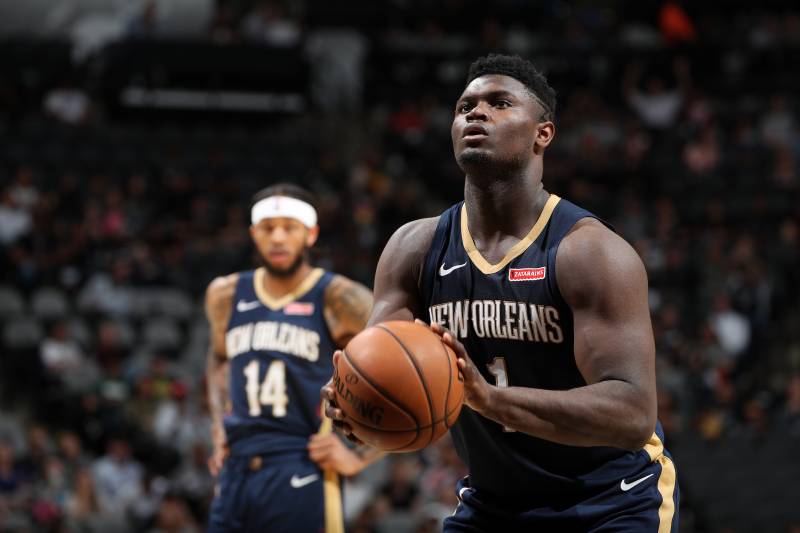 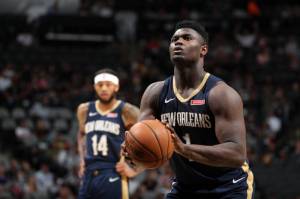 Zion was a beast and the best player in the nation in high school a few years ago – many former players have said he was a man playing with boys out on the court. And his play in college has been arguably some of the most impressive I have seen in years, and was the best player in college basketball. What I have watched, is a man ready to play the game vs other men. But, you obviously just never really know how good a player will be when entering the league.
LeBron  James never played college basketball, and came straight out of high school and many of the media already had him pegged as being better than most of the league, which in turn, I really think hindered some of his “like-ability.” But, when LeBron was coming out of high school – he probably was better than probably 50% of the NBA.
That is far from false.
And when he came into the league, and was faster and quicker than everyone over 6-6 despite being the size of PF, and put up 21-6-6 in his rookie year in 2003. So young players, the right young players, can make some impressive and ridiculous impacts on the court very quickly.
Zion is one of those players I think will make a fast impact.
Zion Williamson was a phenomenal college player, putting up 23ppg and 9 rpg – and he comes with a massive amount of potential. His drive to the hoop can be a little sloppy at times, but he has a savage knack to be able to still get his shot up. I don’t think Zion is going to dominate the NBA immediately when stepping on the court, and will need to improve his game, and he will need to continue to work on his shot. But, in the same sense, I think any player worth a lick of being a great – works on his shot and his game. He has mostly been muscling kids on the court – and hadn’t shown a steady and reliable shot. It took Blake Griffin several years before he became more than just a dunker, as he came out in 2009 from Oklahoma as a box player only and dominant PF. Griffin in college, was a wrecking ball who crushed teams with power and leaping ability. Now he has himself a very solid shot, and plays good D, as well.
Those who want to bang on Zion Williamson – let the 19 year old play his first NBA game before people start to “hate” on him. He has shown he has a tremendous work ethic, and he is only going to get stronger, and more explosive as he gets older and more learned. And as his body matures and he gets more acclimated to the NBA – I think it could be awesome and a lot of fun to watch. That’s what I find so intriguing about him- he has such an explosive part to his game that is really exciting and raw – and he isn’t anywhere close his prime yet.
I don’t understand how the thought of a young guys being considered a top tier player as a rookie is so incredibly unheard of. When KD came into the NBA in his first year, back in 2007 – he put up 20ppg and he was just 19, Karl-Anthony Towns at 20, grabbed 11rpg and scored 18/game. Luka Doncic is only 19 years old- and is putting up 21 / 8 / 6 in the NBA. All very young when playing the game at a frightening level. We can all look at guys like Kwame Brown and Greg Oden, and think how they just fell apart at the next level. But, I think Zion’s definitely a better prospect than either of them – so if he does what he is expected to do – he will be just fine.
Can we guarantee Zion is going to be that good? No.
Can he be? Absolutely.

One thought on “Is Zion Williamson the next NBA Super Star”