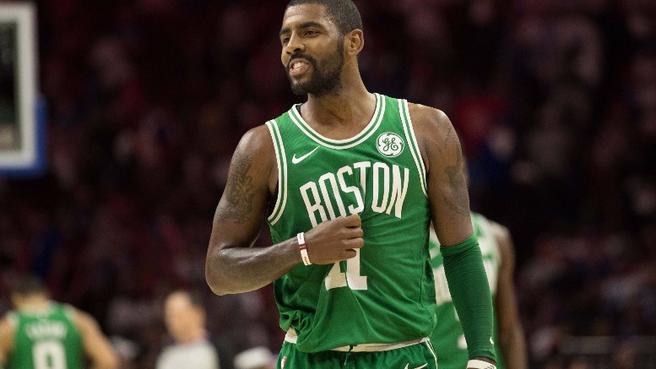 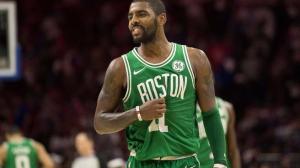 The numbers that Kyrie Irving has put up over 7 seasons in the NBA are great, Kyrie is obviously a great basketball talent, there is no question about that. But can Irving allow Brad Stevens to coach his game – instead of trying to be the main course? Given what Boston did last year in the playoffs – they have some experience, having a healthy Gordon Hayward and a superstar now, they should be much better. I just don’t feel like Kyrie loves the system. The successful system that got the Boston Celtics to the Eastern Conference Finals last season.
Without him.
From how well the Celtics were playing at the end of last season and into the playoffs it just looks far different from what we have watched this season.
I don’t think he has fully bought into Brad Stevens’ system and the Celtics culture, Stevens has shown that he has a specific system and it has worked, for 6 seasons, and going 197- 116 (.629) since 2015. Getting to the Eastern Conference Finals last season, with a very average roster, which showcased talents like Terry Rozier and Jaylen Brown.
Boston is set up as a team to keep games close – if Kyrie could play within the offense for the first 3 quarters – get others involved throughout, keep Tatum getting his shots, let Gordon Hayward have his looks, then he can begin his showcase for the final 6-7 minutes of the game, I feel it would be more effective. The C’s offense is free flowing where everyone has a part in their offense, for Irving though – it is all about taking over the game. He should know when and how, by now. He is great at the end of games, with accurate shooting and a wicked scoring touch, and Kyrie has a clutch gene, as he has shown with his several outbursts in his career. With his awesome performances in the 2015 finals – he was beyond dynamite when the lights were on. And the biggest issue will be in the postseason when Boston is going up against powerhouse teams, that can put up huge points and have several guys who can score 20 or 30 – they need him because he can take over and score buckets in close games.
He’s shown to be a great player, but when he stops and dribbles for 8-10 seconds it ruins the rhythm of the offense. Guys start milling around – looking at him, then back at the shot clock, waiting to see what he is going to do with the ball. Is he going to dribble until 2 seconds and shoot – or dribble, drive and kick out for a bad three point shot? Irving is then being a detriment to the functionality of Boston. It is those times, on the court, the other players seem bored and almost annoyed with him during the games. Gordon Hayward has played better when Kyrie isn’t playing. With more shots and more confidence – he shows his ability, the C’s seem to play much better, as a team, when Kyrie is not on the court. Boston shoots better, passes better, and they play team ball, the ball moves around, and gets all of the guys involved. Jaylen Brown and Al Horford also play better. It is quite possible they are better off without Kyrie Irving.
If we are being honest, though, at this time, the Boston Celtics are not winning a championship with Kyrie. The Celtics aren’t going to win it without him either. Not as long as Golden State is still running the West with their All-Star team. They bought a team that is so over the top and there is no team right now that I can see being able to handle their talent and firepower. It is extremely tough to compete for a championship in the NBA anymore without having a stacked team across the board. We live in the “players era” – where the top teams need 3-4 guys who can score close to 20/game.
The truth is, they may play better without Kyrie – but without Kyrie Irving they are not winning a title. He’s a big-time superstar and when playoff crunch time comes around – he shows up. Boston is a good team – but as we watched last year play out – when a superstar took it to the next level, they weren’t able to respond. So with that – the Celtics may as well keep Kyrie on the floor as that “just in case” player. Kyrie gives them a threat to have a punchers chance to punch back.

One thought on “Does Kyrie Irving fit in Boston”