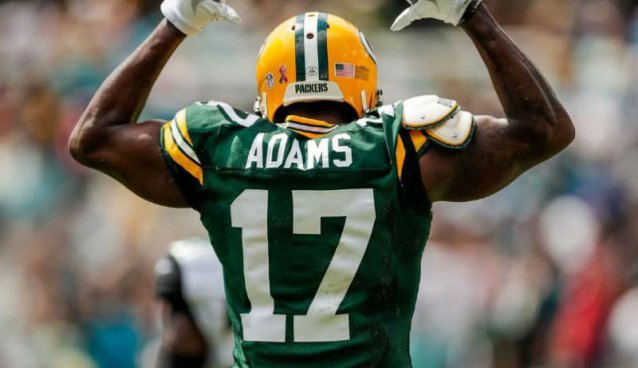 Green Bay has been the 800 lb gorilla on the mountain in the NFC North for many years –  with division titles and a dominant record vs the conference. And they have also had more than their share of great players walk through their locker rooms. But, as we all know, at the end of the day, there is a guy who has been the standout for the team. The player who has been the one who is the one who always shows up – regardless of who they are playing – what the odds are and when the game s being played. Green Bay has had more than their share of amazing success in the NFL for many seasons, with NFC North division championships, multitude of Hall of Famers, and of course their titles –  they have been very fortunate on the offensive side of the ball, in particular.
The Packers have a legendary history, littered with a ton of great guys who have been explosive playmakers. They have had their fortunate share of historic QBs – and most recently, Aaron Rodgers. But beyond the guys throwing the ball, who make teams pay with the one handed catch and the tough across the middle catch, off double coverage, knowing they are getting drilled when touching the ball. The gutsy guys who spread the game downfield, the ones who break your back, when you think you have the team baked into a corner, make the play.
Davante Adams had a great season in 2016 with his “out of nowhere” 12 TDs and the ability to force coverage’s for other players on the field. The 26 year old WR has not been easy to bump off the line, with his size and aggressive style – especially when he gets moving with his natural physicality. With 72 receptions and 9 TDs so far this season – Adams, has been more than enough to handle at WR for anyone in 2018. While lighting up teams for 95 receiving yd/game, as well as 7 catches/game he is a treat to watch. And is making is it difficult in a feisty division where teams have some quality DBs and strong pass defensive schemes. The 26 yr old has had 221 receptions in the last 3 years of his career with the Pack. He has also chewed up 2835 yards and an awesome 31 receiving touchdowns in those same 3 years.
Adams has given more than his share of fits to opposing DBs to teams. His good route running and gritty competitiveness being his top strengths to get the fans excited and helping lead his team to the ever crucial division wins. He oftentimes, finds himself being the guy that the Pack can look to get the ball in his hands when they’ve got to get something going. Davante has been the sparkplug in that passing offense. Standing out with his ability to crack a double team – as well as his sure handedness when the ball is in his hands. Having had 16 games with 80 or more receiving yards over just the last 3 seasons –  speaks volumes on many different aspects. Most recently, in the 11.15.2018 game vs Seattle, even though they lost with shoddy defense, and playing a top ended unit – when the chips were down, he, of course, came up with the big plays with 166 receiving yards.
Adams has proven that time and time again, when things gets tough and the team desperately needs the sure first down or the big catch deep downfield – he has shown he will always be there for them to get the job done. And his QB always trusts his guy to get the play when needed – as shown by his massive target absorption. Whether its by a quick slant or post – Davante Adams is the real deal for GB. The Packers would love to see that continued leadership and growth out of Davante – and every off-season, he keeps showing himself as a leader and a true professional. He has always shown that for the Green Bay organization. He is a guy who can straight up win games, when someone needs to step up and make the big play to turn the tide of the game, Adams is always there doing something, that opponents were thinking was impossible.