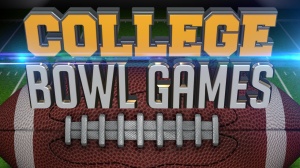 The college bowl season is underway with a multitude of games for the gridiron faithful and sports investors as well. After a week off we are back with our College Football System of the Week which takes a look at a special situation involving bowl favorites.

With so many college bowl games and so many different types of teams facing one another you might expect us to have a complex college system for this week’s bowl action. Well we are presenting a college bowl system that is far from complex it is very simple in terms of what it requires to be active. Do not let its simplicity fool you it has been deadly to the bookmakers posting a 100 percent perfect record against the spread since 1981.

When researching systems most of us have a few parameters that we would consider baseline parameters such as favorites, underdogs, home games, away games, etc. So we began this week’s work wondering how double-digit favorites performed in bowl games.

The sports investment marketplace is a lot like the Stock Market in that it is cyclical in nature with underdogs the play for a period of time and then there is a correction in the market and favorites become the play for cashing tickets at the window. One fact that makes our system so powerful it has not been affected by the corrections in the sports market over the last thirty-six years. When it qualifies a play it wins both straight up and against the spread.

All we asked of our double-digit bowl favorite was for them to be coming off a straight up win in their last game while their opponent ended their regular season by suffering a straight up loss. The final parameter for our system asks that our opponent not be on extended rest of forty-four days or more prior to their bowl game. That is the system of the week with just a few simple parameters making up our perfect situation.

The NCAA Football System of the Week tells us to Play ON a Bowl favorite of ten or more points coming off a straight up win versus an opponent with less than forty-four days rest coming off a regular season straight up loss. The system has a record of 9-0 SU winning by an average of 25.11 points per game and 9-0 ATS covering the spread by an average of 12.33 points per game since 1981.

We were surprised by the number of games that are active in our system this bowl season. Since 1981 there have been just nine qualifying contests until this year where we currently have four active bowl games in our perfect system. We could see that number change moving forward because one of the system parameters is based on the actual line on the game (double-digit favorite).

For us the first qualified game is the one that we are using as our NCAA Football System Play of the Week. We head south to the Miami Beach Bowl at Marlins Park where the Central Michigan Chippewas will take on the Tulsa Golden Hurricane on Monday night. Tulsa ended their season by defeating the Cincinnati Bearcats 40 to 37. The Central Michigan Chippewas were not as fortunate they lost on the road at Eastern Michigan as a 1-point road favorite 26 to 21 to give them a .500 record of 6-6 SU on the season. The oddsmakers have installed the Tulsa Golden Hurricane as 12.5-point favorites in this game.

With all the system parameters met we will step to the window and make our play on the Tulsa Golden Hurricane minus the points in the Miami Beach Bowl on Monday night. Remember there are three more qualified games in our system and they may also deserve a look for a possible play in their respective bowl matchups. Have a great College Bowl Season and as always good luck.

Written by Cajun Sports of VegasTopDogs.