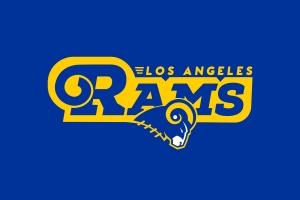 It has taken 22 years, but Los Angeles has the Rams back. They can have them.

My strongest over/under NFL regular-season win total recommendation is Rams Under 7.5 victories for this season.

Todd Gurley and a strong defensive line can’t cover up all the other Rams’ weaknesses.
It’s not a fluke the Rams haven’t made the playoffs in 11 years, nor finished in the top 10 in points and yards since 2006.

Start with Jeff Fisher, who begins his fifth season with the Rams. I’m not a fan. The guy has had two winning seasons during his last 11 years of coaching. Fisher can’t do anything to elevate offensive performance. His ideas are more Mesozoic era than modern age.

A trademark of Fisher’s teams is being undisciplined and playing dirty. What does it say when Gregg Williams is the Rams’ defensive coordinator? Williams should have been banned for life from the NFL for being the Bounty-Gate ring leader.

The NFL is a quarterback-driven league. So how do the Rams win eight games with a terrible offensive line, no standout receivers and a quarterback choice of Nick Foles – who had more interceptions than touchdowns in 11 starts last season – Case Keenum – who has proven one thing in his NFL career that being he can’t play – and No. 1 overall draft pick Jared Goff, who was a huge reach? If Gurley should get hurt again, a real possibility given his injury history, the Rams would have trouble breaking 10 points a game.

I do like the Rams’ defensive line very much. I also have a high regard for linebacker Alec Olgetree. But this defense isn’t nearly dominant enough to carry such a weak offense and the secondary has been weakened with cornerback Janoris Jenkins’ defection to the Giants.

By moving to LA, the Rams also have to log many more travel miles. Not only do they have a London game, but also long road trips to Tampa Bay, Detroit, New York, New Orleans and New England.

I certainly don’t see a .500 season when breaking down the Rams’ schedule. They figure to go 1-5 in the NFC West. The Rams draw the AFC East and NFC South teams. The NFC South looks much improved this season. The Rams’ other two matchups are at the Lions and playing the Giants in London, which costs them a home game. LA has to play the Buccaneers and Jets on the road.

Written by Stephen Nover for VegasTopDogs.com