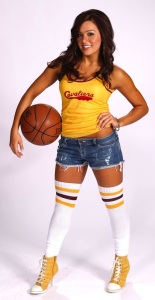 This season has been interesting to say the least for the Cavs. But they have already improved their record to bettering last season’s win total of just 33 wins.
There were times, early in the season, where every Cav has fallen into the trap of watching LeBron dribble forever, at times, out on the wing or top of the key before he explodes to the hoop, or put up a step-back jumper. We all were worried about Kevin Love, because he had been losing huge rebounding numbers earlier in the year. But, everything has seemingly come together. It’s all part of the process of a team learning about each other.
It takes some time for a team to gel, and they have been nothing short of dominant since the middle of January. KLove is putting up the 3 ball at a higher rate this year, at 40% of his field goal attempts than he ever has before. Love is a different player this year, because he has been forced to adjust his game. He is no longer a spread the offense 4, with complete control of the team, he has become an oversized 3. And his numbers have declined. With 17 and 10 rebounds a game, knocking down 36% of the treys his chucks up, he still is the great player he always was, but he is a slice to a bigger cake now. Being part of a unit like this, you have to expect the supporting star pieces to lose some numbers, but that’s what putting together winners is about.
Tristan Thompson has shown great maturity, especially when he had to step up his game, when Love was out earlier in the year. Thompson is continuing his growth on the team, putting up points down low, and grabbing boards, and using his length and athleticism to make plays happen in the paint.
LeBron has been fantastic since the mid January stretch, averaging 30 points, 9 assists, 8 rebounds and 2 steals. He has been the main reason for Cleveland’s great turnaround since their eye opening 19-20 start, when we were all beginning to think this team was going to be a complete failure. LeBron James and Irving have begun to find their combination on the court.
James with his role as the dominant player and Irving scoring buckets like few other point guards can. When LeBron was out vs the Blazers back on 1.28, he lit them up for 55, evidence that, yes, he can still take over as well, if need be. Then his phenomenal 57 pt explosion vs the defending champion, Spurs where he went 7-7 from deep, including clutch shots and smart play, solidifies this team.
The trade when they dumped off Dion Waiters helped the team get J.R. Smith. Although he has never seen a shot he didn’t like, has done so at a more efficient rate than Waiters did, with his 12 a game. Picking up guards Iman Shumpert and J.R. Smith from the Knicks, has been a great boost. Getting them 18 points between them, and Shumpert is also a decent defender as well. And I loved when they grabbed center Timofey Mozgov from the Denver Nuggets, 11 ppg and 7 rpg and a game that is perfect to compliment LeBron’s, drive and kick game. Mozgov has vastly improved during his time in Cleveland over his performance in Denver this year. His scoring has been up. And the teams assist rate for teammates getting assists when he is on the floor, is up to 4.7% from just 2.8%. Which basically means, when he is out there, things are opened up and players are getting good shots.
For the naysayers, and “LeBron haters” who jump on them being just average. On the road, they have been just average and vs the West they have been 17-12, while going 25-13 against the East. That is the one piece that needs to be cleaned up.
The path to the title, isn’t going to come easy. If they can make it through the East, challenges from a rough and tumble, rugged West, where defending champs, San Antonio will try to show the NBA they are still the best. It will be like a prizefight every game, with the obscenely talented Western conference.
Before the season started, the East was expected to come down to Chicago and Cleveland, based off of the big moves that were made. But we know what happened in Chi-town, and the Cavs have made it a point to make a vicious run to the finish. James looking healthy and in charge, Kevin Love appearing more comfortable in his new role, and the teams new additions, the Cavs are ready to make a push, and have a better team put together than any other team in the East,
They need to take care of the regular season then move on to the second, more important, season. I think we still haven’t seen the best of what the team can put together. It may sound crazy, but I think they can still actually get better. There is no question, the Cavs will likely have home court advantage for at least one round of the playoffs this year, barring a complete meltdown. Anyone who actually wondered if the Cavs would be good enough to make the playoffs, this season, has not watched these players play before. Don’t give up so quickly, when a team has greatness through it.
As of this time, in the last 13 games they’ve held opponents to fewer than 90 which would, over the season, would rank 1st in the NBA. The Bulls are a legit 2 man team, the Raptors are very solid, and the Hawks have been great, but if the playoffs started tonight, I’d still, hands down, take the Cavaliers over the field.
We will see if they can do it. Make the doubters shake their heads, make the haters, hate more.
Written by Mike Anthony for VegasTopDogs.com

One thought on “Why the Cleveland Cavs, they are ready for a playoff run”