by Jim Feist of VegasTopDogs.com 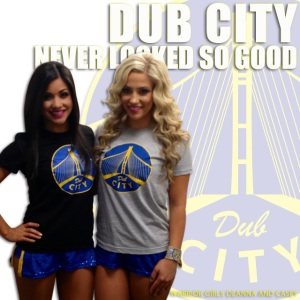 Preseason prognosticators and handicapping analysis focuses in on what they expect to happen, based on the draft and offseason moves, but there are always surprises at the start of each season. Here’s a look at some of the early NBA teams off to impressive starts.

Raptors: With LeBron leaving Miami and Indiana losing its best player to an offseason injury, there’s a vacuum in the East. A young Toronto team has gotten off to a fast start, top 10 in points scoring and points allowed. 25-year old 6-7 DeMar DeRozan and 28-year old Kyle Lowry lead the backcourt and the team in scoring.
The middle is being manned by 22-year old Jonas Valanciunas who has been scoring and rebounding giving this team balance. They are also top 10 as a team in free throw shooting, a key edge in close games (and for late spread covers). The team has been on a recent 18-8 run over the total, including 13-5 over at home.

Wizards: The young, athletic Wizards have battled injuries the last two seasons, but appear healthy and formidable early on. Guard John Wall pushes the team while newcomer Paul Pierce is trying to teach the kids how to get to the next level. The inside game looks primed for the long haul with 7-footer Marcin Gortat and Nene Hilario.
Washington is playing some defense early on, including Top 10 in field goal shooting allowed. The one weakness, though, is they are soft at defending the three-pointer. The Wizards had a nice stretch at 11-4 ATS in their last 15 games playing on one day’s rest.

Warriors: Steve Kerr inherited a good team and they have been playing even better. Golden State can run with anyone, Top 5 in the NBA in scoring behind Stephen Curry and Klay Thompson. This team can play defense, too, Top 5 in field goal shooting from the field and from long range.
Young Draymond Green was forced in last year and play well in the frontcourt, while 7-footer Andrew Bogut has been healthy — knock wood. Golden State was on a recent 19-7 ATS run, including 16-5 ATS against a team with a losing record. And they are better on defense than many think: The under is 39-15 in the Warriors last 54 after allowing 100 points or more in their previous game.

Pelicans: 21-year old Anthony Davis has always been real good, but he appears to be developing confidence alongside his growing experience. All of which makes him an incredible inside force and this young New Orleans team is reaping the benefits.
With Omar Asik and Tyreke Evans, this team has been tough at rebounding and scoring easy buckets, Top 10 in scoring. Despite the shot blocking Davis this is still not an elite defensive team and note that the over is 35-15-1 in the Pelicans last 51 games vs. a team with a winning percentage below .400.

Grizzlies: Memphis continues to be a matchup nightmare in the low post, a defensive dynamo that is Top 5 in the league in points allowed and Top 10. Zach Randolph is a beast in the low post when his mind is focused on playing, Marc Gasol is a handful, while Tony Allen and Mike Conley anchor a deep and flexible backcourt. The Grizzlies started 9-3 over the total at home.

Blazers: Portland was all about running and gunning last year, but this year’s team looks better as they are focusing on defense augmenting a dynamite uptempo attack. This is a terrific frontcourt with LaMarcus Aldridge, Robin Lopez, Chris Kaman and Nicolas Batum, a group that can pound the glass with anyone.
They’ve been playing great defense at home, on a recent 7-2 under the total at the Rose Garden. However, are they ready for prime time? The Blazers started the season 3-9 ATS against a winning percentage above .600.