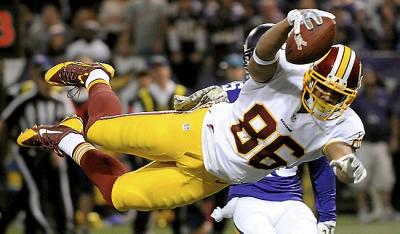 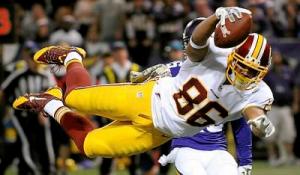 Obviously, every year, every team in the NFL  are always looking to acquire the next big breakout star to help lead their teams to victory, and 2014 will be no different as any other year before. Young players are drafted, and some make an immediate impact, some need a little time to develop, today we will be looking at a few that are out there to keep an eye on as your teams most surely will be getting better with these players.

Either way, there are going to be those few surprise guys of who will make us stand up, cheer and suddenly take notice this season.

Some of the guys getting the promotion this year are:

He had the the highest YPC average of any back with over 100 carries, with 5.5. And he did this with a terrible O-line. This year it has been stated by head coach Bruce Arians, that he plans on Ellington getting 25-30 carries a game. He still seems to not have been unleashed as of yet this season though. This could potentially be very dangerous suddenly for opposed teams. He has great speed that will help the offense and he will likely be the chief threat for them. He is a quick player who can dip and dodge out of line of sight in a hurry. He has showed his explosive expectancy, and he can be a dual threat after catching 39 balls for 371. Keep an eye out.

Devin has great size, 6-7, and 270 lbs, and absurd speed and with other teams offenses’ mostly preoccupied about blocking the tandems of Ansah, Suh, and Fairley. Devin can take serious advantage as well. Although off to a slow start he can be getting the advantage of mismatches and charge into the pocket very quickly, and with nailing a starting job, he’ll undoubtedly start to rack up stat sheets as well. No question, Devin Taylor will play a big role in the new system for Detroit. Playing in 14 games last year, and only 2 starts, he ended the year with 9 tackles, 2.5 sacks and 2 forced fumbles. I could see a 7-8 sack season, with another 45+ tackles coming from him.

Reed is a monster, and if he stays clear of injuries, can be an 85 catch, 8 TD receiving TE for the Skins. The biggest concern for him is his injury prone susceptibility now. I expect him to come back soon, from yet another injury, but I genuinely hope he keeps a long career ahead of him, instead of a 2-3 one that is ended early. Although with new signee, DeSean Jackson going to be the deep threat and 113 catch Pierre Garcon are evidently going to be taking the majority of targets from Cousins, but it will also open up the middle of the field, and they will be demanding coverage away, which, in turn, will leave Reed with a ton of room to make plays.
RB Zac Stacy and Tre Mason

I think this could be possibly a very nasty running tandem in St. Louis. Stacy had a very nice season in 2013, with 973 yards behind a beat down O-line, and a very limited passing attack, with Kellen Clemens at the helm. Then, of course, Tre Mason, who happens to be the guy who broke Bo Jackson’s Auburn records last year. Let’s also recall he did that running behind the 2nd pick in 2014, OT Greg Robinson, so he understands his blocking strategies and opening holes. They need to get this kid involved in the offense already. I think this could be fun to watch. Long and Robinson are big-timers, and if Clemens can deliver the goods, this could be a team to make some exciting plays from the backfield.

And my last, but certainly not least.

In 2013, he had a good season without much playing time. Being used mostly as a kick returner, which he is first-rate at, 32.4 YPR and 2 TDs. But his raw talent at the WR spot wasn’t used effectively until the season was pretty much over, but we saw his qualities. He played really well, with 45 catches in his limited WR time, and 4 receiving TDs. But this season he will show the whole league how good he really is. A big target, At 6’2″, 220 pounds with lightening fast open-field speed, Patterson can be a breakneck weapon and with their 1st round pick, Teddy Bridgewater stepping in and delivering more than what was expected from a rookie. Still early in the season, and has had some issues getting early separation at the line, but simply put, get the ball in his hands, any way possible.