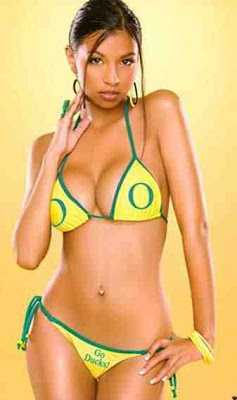 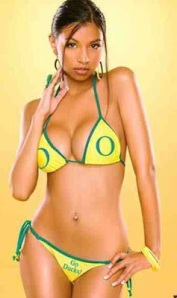 We head on out to the west coast to check on the PAC 12 and breakdown who can challenge the Ducks of Oregon.

OREGON DUCKS – Who knows how things would have played out last year if Marcus Mariota didn’t get injured. So we will take him at his word he is ready, and let the rest of the PAC 12 try to slow down this offense. October 11th is a huge road test vs South favorites UCLA. Ducks get Stanford at home with revenge and if they take care of business, a National Championship is possible.

STANFORD – Was as good as any team in the nation last year. But with just 12 returning starters, I don’t see 11 wins again. Tough schedule going on the road in the PAC 12 with 5 games where 4 of those teams combined to go 26-10 in conference play. They took care of Arizona State, Washington, Oregon and UCLA at home. They will all be licking their chops looking for revenge. Can’t leave out Notre Dame on the road.

WASHINGTON HUSKIES – I like where Sark has taken this program. I think new HC Chris Peterson will continue growing this team. What better coach to come in with a talented roster than a guy who went 92-12 at a mid-major, and had his Boise team get a pair of Fiesta Bowl wins. Normally I think teams lose a step when a new coach takes over, especially when they don’t even have their returning QB. But I feel this situation is different because of Peterson. The guy always get the most out of his players. Players who were probably a little below the talent he inherits here in Seattle. I can see them matching last years 9 wins.

WASHINGTON STATE – I’m putting the Cougars here. I like Mike Leach. He took over a crap program and looks like he has them on the right track. He won 3 games his first year with a garbage roster. 6 wins and bowl last year. Now in year 3 he has more of his scheme guys. 14 starters back, including 8 on offense. I think he can match LY’s win total and if things really go well, get 8 or 9 wins.

CAL BEARS – Can’t really get any worse for 2nd year man Sonny Dykes in Berkeley. They had a bunch of injuries on their way to a 1-11 season. They now have 15 starters back, 9 on offense. Granted their QB is a sophomore coming off a shoulder injury behind a poor OL. Bears have lost 16 of 18 in PAC 12 play so I really can’t see a huge jump here.

UCLA BRUINS – You know I like my HC’s entering their 3rd years. Jim Mora gets 17 starters back including Heisman hopefull QB Brett Hundley. This is a talented group. They lost back to back roadies last year to Oregon and Stanford. They get both at home here. They have to beat at least one of those teams if they think they are serious in their title hopes. The offense put up 37ppg and should be just as explosive and can make up for a weaker defense.

USC TROJANS – I do love me some Sark. I thought his hire to Washington was a great move, and coming home where he was a OC was just a matter of time. This is USC. There is NFL talent up and down this roster. Now they have a guy who will gel that together. It is his first season in LA, so I don’t expect perfection. The defense is always good and with Sark working his QB magic, the Trojans could steal the south.

ARIZONA and ARIZONA STATE – I will be honest. You can probably combine these two and not beat the teams above them here. I can’t really find a clear edge for putting one above the other. Logic says hey, Arizona State has a great QB who can put up points in a hurry (39.7ppg). In the next breath I see that the Wildcats have 2 returning defensive starters in a league that is getting some excellent QB play. Arizona is the more experienced bunch and should probably win more games. But I have zero faith in Rich Rodriguez as a HC. You will always get the truth with me. Maybe after watching some film I have find an edge or weakness here. For now, I think they are the second tier of the south.

UTAH UTES – Kyle Whittingham must be thinking why the heck did we come to this conference. Things haven’t been easy in Salt Lake in PAC 12 play. Back to back 5-7 seasons, 9-18 in league play the last 3 years. I think they Utes are in over their heads. I have said it before and will say it again. This conference is rapidly improving. The only reason Utah isn’t in the basement is because of the team behind them.

COLORADO – Oh the Buffaloes. Mike MacIntyre enters year 2 looking for more improvement. He took over a 1 win team and tripled that to 4. With 16 starters back, the roster is stacked with experienced players. I will tell you know that I see some real value betting these guys in spots this year.

Be sure to check VegasTopDogs.com  as we head to the SEC Conference next — SEAN HIGGS

One thought on “VegasTopDogs PAC 12 Preview”