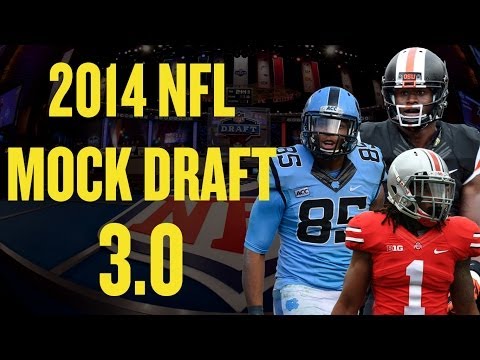 It’s almost here, that wonderful time of the off-season, we all look forward to like a special holiday for grown ups, NFL draft day. I know I am as excited as you are, waiting to see who my team is going to grab in the 1st round, who can we sneak out in the 3rd, and make it all come together. This HAS to be the year, right?

Draft season, brings everyone together as a unit, like a load of team colored, jersey wearing soldiers, to cheer, jeer, moan and groan at who picks up who, and who passes on who. Will your team be drafting who you are hoping for, or will they let you down? It’s a day, where we all are GMs of our teams, and looking at who we think our teams should be drafting. With all the teams and their hopes in the offseason, bad teams try to get better, teams like Cleveland and St. Louis are thought to be instantly teams that are expecting a great turnaround from last year simply from having 2 picks in the 1st round. But not so fast, it all comes out in the wash during the upcoming season.

So we will go through the 1st round, Mock draft style and let you know who they teams should be taking in their slots.

What makes this draft so great is because it is so deep and so talented, on all levels. I think that this draft could produce a couple handfuls of Pro-Bowlers easily. Maybe I’m crazy, maybe I’m right on, but we will find out soon enough. Looking forward to this Thursday, May 8th, so let’s do this!!