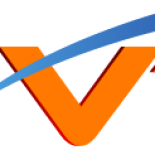 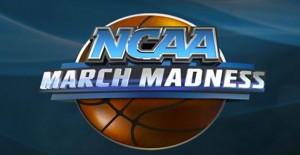 The field for the NCAA Tournament will be announced on Sunday March 16th, as March Madness is about to take center stage for the next 3 weeks.  When you look for some extra excitement this time of the year, its best to visit VegasTopDogs.com.  College basketball frenzy will be crazy this week with the brackets and office pools.  There will be a huge amount of games to wager on starting this week which makes this a favorite time of year for casual fans, office workers and . . . sports bettors.

The top experts at VTD (VegasTopDogs.com) search across the Web for Basketball news stories about teams, players, injuries, or game results, and makes them available on the site. “VegasTopDogs” is a great idea for both the die-hard and casual sports bettor,” says Las Vegas expert, TonyK. “There is no question that VegasTopDogs.com is the hottest spot in the world for College & NBA action. In order to win you have to bet using their head and not their heart…  Let VegasTopDogs be your sports financial consultant and sports guide.

According to figures released by the Nevada Gaming Control Board, sports bettors annually wager $2 billion in Vegas. For the 2014 Super Bowl, $91.7 million was wagered (up from $71.6 million in 2001, $73 million in 2003 and $81.2 million in 2013) and average $85 million on the NCAA College Basketball Tournament (“ March Madness ”). These two events alone account for nearly 10% of the legal sports gambling action throughout the entire year.

The Gaming Control Board also estimates that more than $3.5 billion is illegally wagered on the NCAA Men’s Basketball Tournament alone.

VegasTopDogs will help to better understand and increase your chances of winning on sports and in college basketball wagers during March Madness  They feature some of the Nation’s best handicappers from New York to Las Vegas. The gentlemen featured on this site were hand-picked professionals that have made a career in the sports gambling industry.
A recent study conducted by Directions Research, found that of the people who bet on sports, 78% said they gambled on the NFL, 45% on horse racing , 36% on NCAA football , 36% on NCAA basketball , 22% on Major League Baseball and 20% on the NBA.

“With so many major events tempting the sports bettor between now and the end of March Madness in April, it’s only fitting to declare this time period as ‘Gambling Season,’” said expert veteran handicapper at VegasTopDogs, Tony Karpinski, who also serves as Director of Operations. “The casual bettor is easily seduced by the opportunity to bet on the college football bowl games, Super Bowl or their favorite college hoops team. It’s important for any bettor to ‘know before you go,’ that VegasTopDogs is a great tool to learn how to play smartly without risking any mortgage payments.”

And, this is also the final shot that many players take at their favorite gambling outlet until next football season. It is also a last gasp for online sportsbooks who often suffer through the doldrums of summer and baseball. Thus, sportsbooks offshore offer March Madness bonuses and bracket contests galore so make sure you take advantage. VegasTopDogs.com has your answers with plenty of recommendations and college basketball game previews.

March Madness also means that the MLB baseball season is just around the corner and while baseball doesn’t attract the same betting attention as football or basketball, it is the most profitable betting sport for a number of gamblers. VegasTopDogs offers a lot of value for the baseball players.
Too many people just look at the starting pitchers and pick the team,
but there are many factors of picking winners of value.  Just look at
how much you could have won over the past several years by following one of VegasTopDogs expert handicappers Tony Karpinski.

Tony Karpinski from VegasTopDogs.com has held the #1 MLB ranking for several years and showing his dime players a season profit of over $64,800.  That title is just the tip of the iceberg, as Tony was the

Tony Karpinski has won several handicapping contests especially in football, as he finished in the top 10 in the renowned NFL Las Vegas Hilton $500,000. SuperBook Contest. TonyK is the former odds-maker and also won the Ultimate Handicapper Challenge finishing #1 in College Basketball & Football. He also has several SportsNow Handicapping Contests Wins (baseball, football, hockey, and basketball) and at the Sports Monitor, which have made him a sought-after expert and a regular guest on several weekly sports talk radio stations throughout of the country. With over 21 years of experience providing sports information services to sports fans around the world.

Tony reviews scores, personnel, coaches, stats, trends, past history, game conditions and current strengths and weaknesses to create the most comprehensive picture of likely outcomes. As a former multi-sport college athlete, Tony Karpinski. Has a keen eye for, and understanding of, athletic performance. Tony uses this knowledge to publish a weekly newsletters, which has attracted a national following and led him to his success.